Written by Cabrini Rudnicki on April 07, 2021 REVIEWED BY Samantha Peterson

Homeowners looking to renovate their homes often look to add a gorgeous stone feature. When choosing the right stone, many individuals consider beauty and utility but fail to consider the scientific details of each stone. For example, how was the rock in your countertop formed? Is it intrusive or extrusive? What minerals make each color? Although knowing a stone’s origins may seem unnecessary for a renovation project, it can actually make your new renovation feel even more special as you understand the years of scientific coincidences that came together to make the beautiful material.

Granite is one of the best stones available, as it is both durable and attractive. It also has an extremely interesting scientific background as it is an igneous rock, formed from magma. Learn more about granite’s volcanic past as well as skills to identify specific minerals in your granite countertops.

Granite is a naturally occurring stone that is commonly used for home decor purposes. It is one of the most popular stone materials as it is both remarkably beautiful and durable.

As a natural stone, it is more limited in appearance compared to man-made stones, however, there are still a wide variety of colors and designs available for purchase. Everything from black to pink to blue to beige can be found in granite slabs. For example, Marble.com has over 600 variations of granite available. Each slab features different mineral deposits, with the most common minerals being quartz and feldspar. As a naturally sourced stone, each slab will be slightly different, so homeowners will need to choose their slab for each home project carefully.

The stone is also available in multiple finishes, including polished, with a high-gloss shiny finish, or honed, with a more matte flat finish. Different patterns will benefit from different finishes, for example, a highly intricate stone may look best with a polished finish.

Granite is well-loved for its durable nature. It is stain, scratch, and heat resistant, making it one of the most capable stones available. It only requires daily cleaning using soapy water, as well as a sealant which should be reapplied every six months to a year.

The price of granite varies based on the pattern and style, but typically it goes for $35 to $100 per square foot.

This stone is mined in areas throughout the world, from Brazil, India, Italy, and China, with each area having unique aesthetic characteristics. It is one of the most common igneous rocks in the world.

When a scientist hears that rock is igneous, the next question to come out of their mouth is how it was formed. While this may not seem applicable to homeowners looking to add granite countertops to their homes, that is not entirely the case. Knowing your new granite’s origins will help you to even further appreciate its beauty and durability.

What does extrusive or intrusive mean?

First, let’s unpack what the terms intrusive and extrusive mean.

Extrusive rocks are formed by the cooling of molten magma on the Earth’s surface. This rock is also known as volcanic rock. In the process of extrusive rock creation, magma is brought to the surface through volcanic eruptions and then solidifies to form a rock. These rocks typically have ultra-fine grains or a glassy texture. Magma can cool more quickly in open air or seawater, so there is not much time for large minerals to form, therefore the rock typically has extremely small, barely if at all visible, deposits of minerals. The process can also create natural glass. A large mass of extrusive rock is called an extrusion. Extrusive rocks are found mainly in divergent boundary spots, such as the Mid Atlantic Ridge. Some examples of extrusive rocks include obsidian, basalt, andesite, and pumice.

Intrusive rocks are formed when magma cools within the planet’s crust. A body of this kind of rock is called an intrusion, with many forms having specific names such as batholiths, dikes, sills, laccoliths, and volcanic plugs. Intrusive igneous rocks are often characterized by having large crystal sizes with individually visible sediments. Some scientists further subdivide intrusive rocks into categories based on crystal size: coarse-grained plutonic rock, which has smaller deposits, or medium-grained subvolcanic rock, which has large deposits. These rocks are typically classified based on the amount of each mineral is in them. This kind of rock forms 7% of the Earth’s current land surface.

Is granite extrusive or intrusive?

Granite is intrusive and therefore formed through silica-rich magma cooling within the planet's crust.

Each quarry site will have different kinds of minerals within its rock structures, meaning that certain quarry sites have certain colors and patterns only available to that location.

The Minerals in Granite

As we’ve said, granite has multiple different mineral deposits that can be in its slabs. Let’s break down some of the minerals that can be found in a granite slab:

Quartz is one of the main components of granite. There should be 20% to 60% quartz by volume in a slab for it to be considered a true granite.  It is a hard, crystalline mineral, and will usually be displayed in granite slabs as being colorless or a milky white.

Feldspar is the 2nd most common mineral component in granite. It can be many different colors, including white, gray, pink, or reddish, but most commonly it is a slightly off-white opaque color.

Mica is another common mineral type found in granite. Typically, mica is found in the form of muscovite, which is lustrous and colorless but may also have a brown, yellow, green, or rose-color slight tint, or biotite, which is typically a black lustrous stone. This mineral is typically only found in thin sheets, stacked on top of each other.

Amphibole minerals (typically hornblende) are also commonly found in granite. They are usually black or dark green in color.

Black granite typically is technically gabbro, another similar stone. Natural granite needs to contain 20% quartz to be scientifically considered granite. As quartz is typically close to white and a large percentage is required, a pure black granite would not be possible. Don’t worry; black granite countertops, while not technically granite, are still just as durable and strong. The scientific definition of granite and the construction definition of granite are slightly different.

Pink granite is mainly composed of potassium feldspar, a kind of feldspar that is usually salmon pink. Just like other granite colors, it will also have small amounts of other minerals in it.

Granite as a Countertop

Granite is one of the most popular countertop materials. It was used in luxury homes as early as the 1920s, but did not become a mainstream choice until the 1970s. It was still considered a high-end interior design material, and many homeowners felt it was out of reach. In the 1990s, granite technology and transportation advancements were developed that allowed mass production, and it became a mainstay in middle class homes throughout the world.

Other kinds of stones

Marble is a metamorphic rock, meaning that it was created via intense heat and pressure. It begins as limestone before the process, which is called metamorphism. Primarily, it is made up of calcium carbonate, with various other minerals like mica and quartz.

Quartzite is also a metamorphic rock, however, it originally started as pure quartz sandstone. This stone is usually created through tectonic compression. Post metamorphism, only minor amounts of mineral from the original sandstone material remain, which cause streaks within the quartzite.

Quartz and quartzite are often mistaken for each other, but they are actually different materials. Quartz is a man-made material, however, a majority of it is made of pure natural quartz, a crystalline mineral composed of silicon and oxygen.

Soapstone is considered a talc-schist, a kind of metamorphic composed mainly of talc. Talc is a clay mineral, and the amount of talc in the stone greatly impacts its ability to be used as a countertop material. The more talc in soapstone, the softer it is.

Slate is also metamorphic,  and is formed from shale. In comparison to other metamorphic rocks, slate formation requires lower heat and pressure. It is mainly composed of quartz and muscovite.

Limestone is a sedimentary rock, meaning it was made from the accumulation of minerals. This stone is made of mainly calcite and aragonite. It is formed when these minerals are precipitated out of calcium-rich water. This material is typically formed in seawater.

Travertine is created like limestone, but deposited by mineral springs. It is formed through calcium carbonate precipitated by hot water from the mineral spring.

Granite is a gorgeous and highly durable substance. As an intrusive igneous rock, it begins as magma deep within the earth, which is then cooled. This rock is mined throughout the world. After discovery and excavation, it is turned into a slab and distributed through companies such as Marble.com. Knowing the process of granite creation will help you to better appreciate your new remodeling project.

Why you can trust Marble.com
When it comes time to get the job done, our fabrication and installation teams have the equipment and expertise it takes to get your project cut and delivered the right way, every time. We at Marble.com are known for our incredibly quick turnaround, as we understand having countertops and other mainstays installed quickly and properly is important to our customers. We value your time, and our goal is to create the best work possible and have you enjoying it as possible.
Article Sources
Share:

[Total: 0 Average: 0/5]
You must be logged in before you can vote.
Get your countertop estimate today! 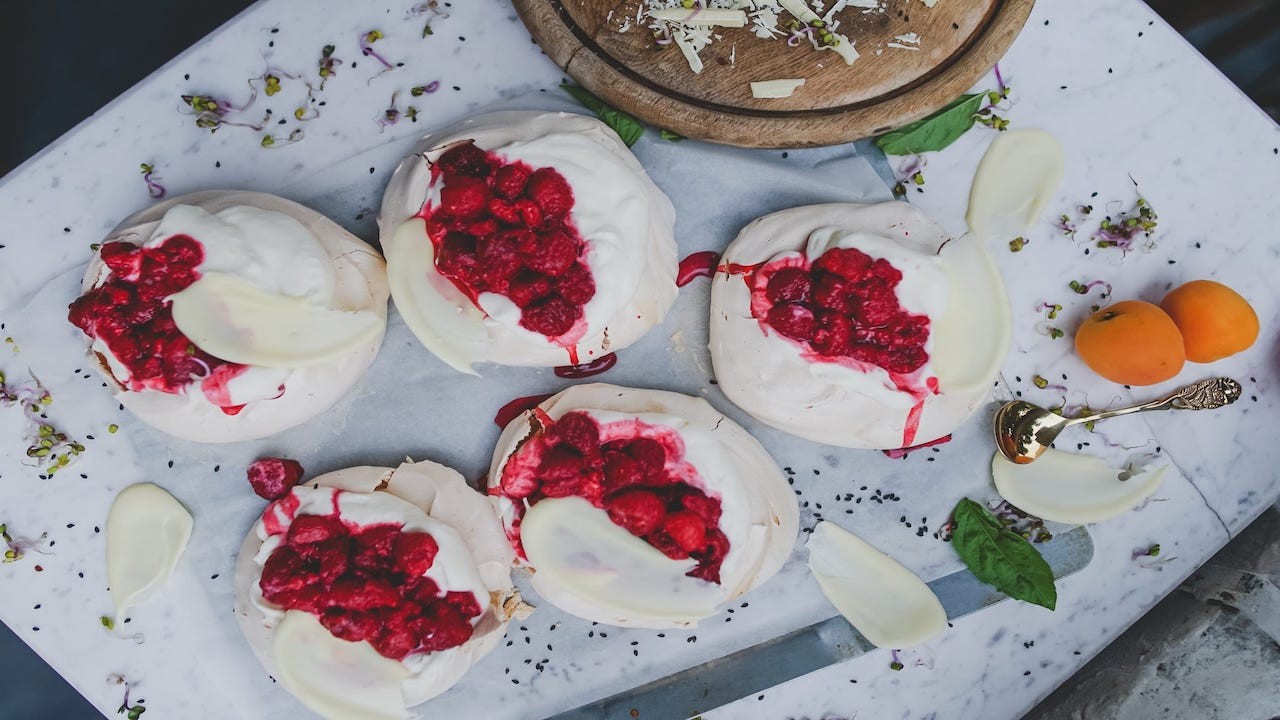 Uses for Smaller Pieces of Stone

Pitting and Fissuring in Natural Stone. What is it?